Some of you may have already heard, but I have decided to step down from being the PASS local group leader for the chapter in Greensboro, NC.  I’ve been the local group leader for almost five years and prior to being the leader I was the speaker wrangler for a few years.  I’ve been involved with this group for almost ten years, so it was not a decision that I made lightly, but as with everything in life, all things must come to an end.

The new group leader will take over officially after the holidays on January 6, 2020.  His name is George Maxson (Twitter | Linked In), and most members know him already.  He has been coming to the meetings almost as long as I have.  I’ve watched George grow more comfortable over the years with the group and know that I leave it in good hands.

I will still be around and attending the meetings when my schedule permits.  Who knows, I may even speak!

It’s been a great ride.  Thank you.

2 thoughts on “Stepping Down As PASS Local Group Leader” 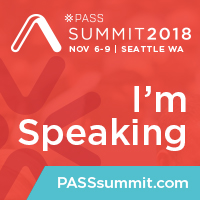 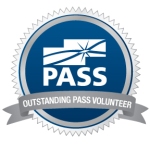